The Cougar  – Beautiful, Wild and Dangerous by author Paula Wild is a book I first came across over a year ago and was drawn to it partly due to its focus on cougars in western Canada. The author was born in the U.S. but moved to British Columbia (BC) where she currently resides, and where much of the book is focused. BC and in particular Vancouver Island, contains the largest concentration of cougars in Canada and in all of North America or the world, making the area a hot spot for cougar activity and encounters both positive and negative. 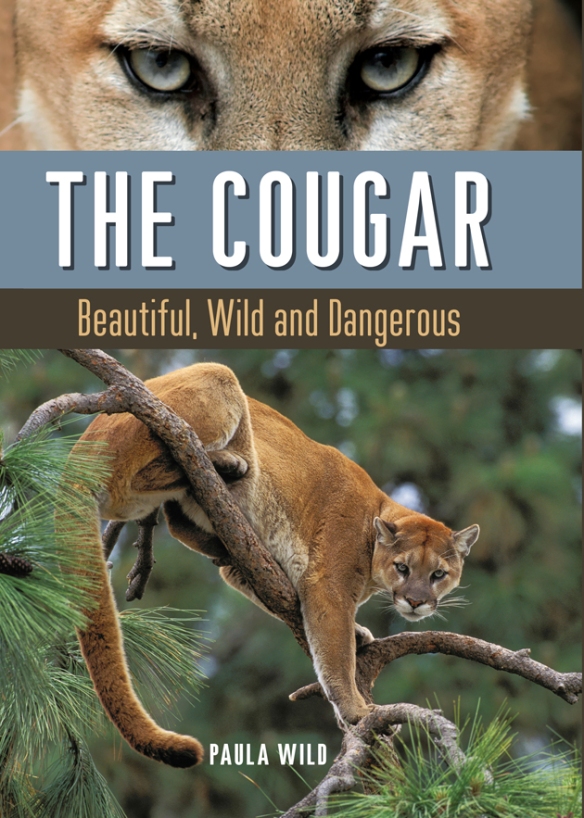 The opening chapter includes the story of two young children who had fended off and survived a cougar attack on Vancouver Island in 1916 as well as insight into why the author decided to write the book. There are quite a few references to cougar attacks throughout, both historical and modern-day accounts, but the author mentions that her interest in writing about the cats wasn’t based on these experiences alone. Besides wanting to know how to prevent or survive an attack, she was also driven by a need to know more about an animal that is strongly linked to the same landscape she and many other people share. After hearing a cougar ‘scream’ near her home, listen to what that sounds like here, and reading an article about safety in cougar country she decided to delve into the world of this magnificent but highly misunderstood and persecuted big cat.

For those not familiar with the history of cougars in Canada there is a decent introduction of what the cats met with when the first settlers arrived. The cats were declared ‘varmints’ a threat to livestock and people, they were to be destroyed at all costs, and by any means. Extermination campaigns and bounties were the norm, one cougar hunter was so successful that the Canadian government even provided hunting hounds for him. Many of these sanctioned bounties in Canada, as well as in the U.S., ended in the recent past when the bounty system was realized as an ineffective means of controlling the population and attitudes towards the cat started changing.  By that point the numbers of cougars killed was staggering. In the book it is stated that during the bounty years an estimated “21,871 cougars were killed in BC alone“.

The history of the cougar in Canada, as well as the U.S. is disturbing however, it is important to acknowledge the past to ensure that we never repeat it again. Cougar in British Columbia – Historical Image Government of BC, Ministry of Environment

The Cougar touches on a variety of topics including safety in cougar country, research, behavior, biology, the captive animal crisis and the rise of cougar encounters. Some researchers think that encounters are increasing due to the cats recovery in particular areas, while others feel that it is a direct result of the presence of more people and in cougar territory. Humans are simply putting more pressure on cougars, their prey and habitat which ultimately can have an impact on the cats behavior. All of this is a recipe for more conflict and to avoid it the public must educate themselves and wildlife agencies and government must be supportive. Unfortunately at the moment Canada continues to fall behind on almost all fronts when it comes to cougars – in research, education of the public and protection of the cats from persecution. 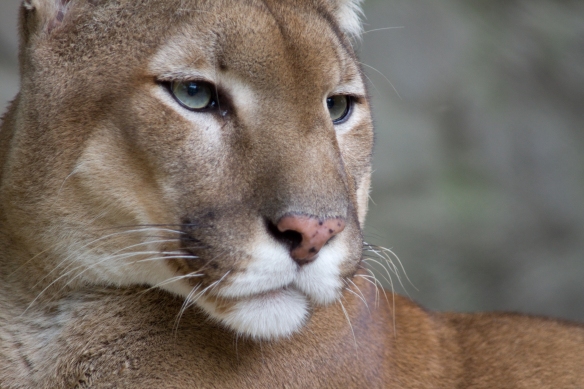 Cougar attacks are still very rare – you are more likely to drown in your bathtub, be killed by a pet dog, or hit by lightning.

Fear-mongering and sensationalism still exists, especially in the main stream media, and cougars are for the most part portrayed as a public threat, but thankfully some of the old attitudes towards cougars are slowly changing, with the knowledge that they already do co-exist with people remaining out of sight, preferring to avoid humans when they can. Researchers are now also aware of the vital and important role they play in healthy ecosystems, managing prey species and enriching our landscapes.

The trade off with living in or near cougar country means we must take responsibility and learn to safely coexist with them taking precautions to ensure people, pets, children and livestock are safe.

The Cougar – Beautiful, Wild and Dangerous addresses many of the key issues surrounding cougars as well as being an interesting read, especially for those who would like to know more about cougars in western Canada where they exist in what could be considered their last great refuge.

7 thoughts on “The Cougar – Beautiful, Wild and Dangerous”