A few weeks ago I attended the Jackson Hole Conservation Summit and Wildlife Film Festival where the focus was on wild cats. It ran from September 24 – 29 and was an intense and exciting week where biologists, conservationists, researchers, filmmakers and more converged to talk about wild cat conservation. With cat populations around the world in trouble and many facing imminent extinction, it was a timely and much overdue conference on how all stakeholders can work more efficiently to help save some of the worlds most iconic species. The conference was held at the Jackson Lake Lodge in Grand Teton National Park, the main lobby window provided this spectacular and inspiring view

Having captured our imagination wild cats are forever embedded in our psyche and culture. They are both revered and feared, appreciated or exploited for their economic value and persecuted for doing nothing more than existing. Wild cats have the ability to unite or polarize people like no other animal on the planet – it is simply impossible not to have some sort of opinion on them. 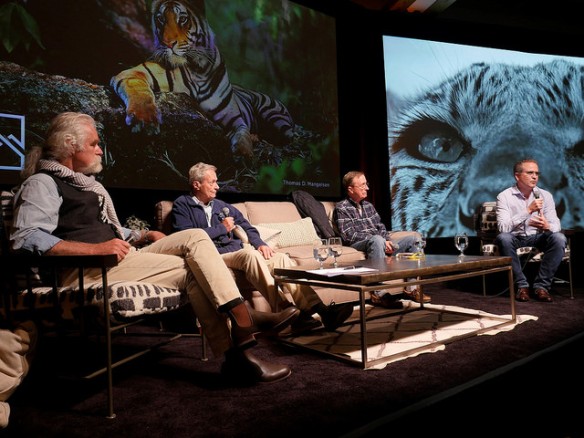 Where do We Stand? The first panel discussion and overview on issues surrounding cat conservation

The week-long event touched on many facets of cat conservation with one very important underlying message – time is running out for wild cats everywhere and we must work harder and better to save these magnificent and important predators. 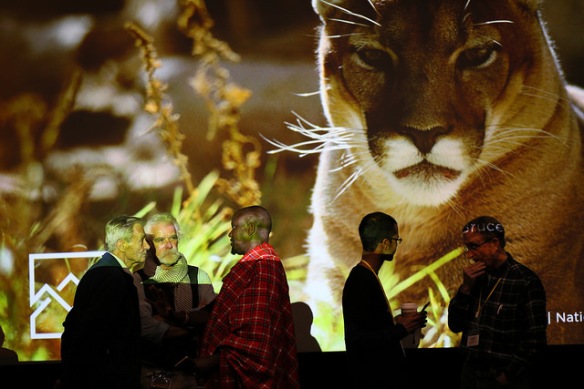 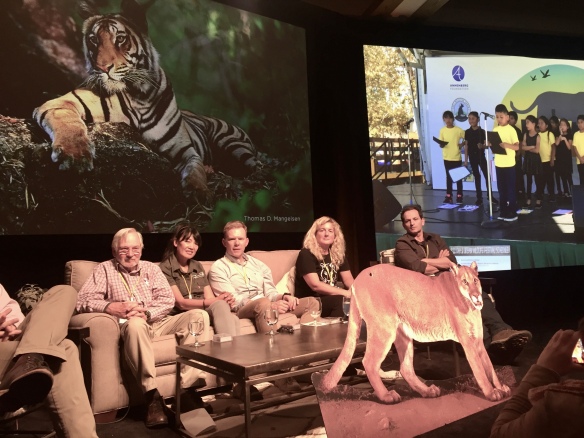 There was a tremendous amount of information to take in and with such great speakers there could have been an entire week just dedicated to the cat summit. Topics ranged from the general overview of threats facing wild cats, conservation efforts around the world, the illegal wildlife trade, trophy hunting, canned hunting, wildlife corridors, human-wildlife conflict and engaging local communities. Discussions also highlighted some of the important work being done to protect the smaller wild cats, how science and data can work together to help conservation and how storytelling can be used to inspire people to become more involved in conservation. 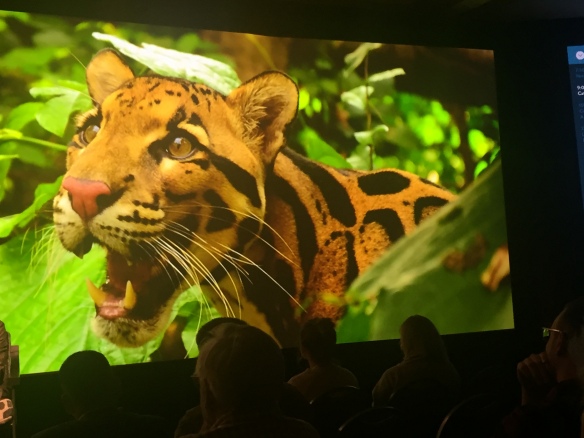 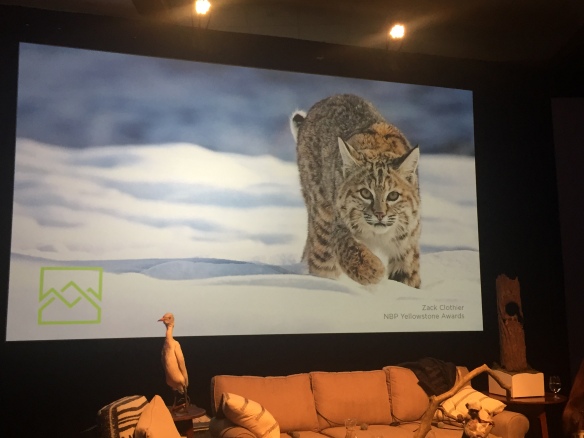 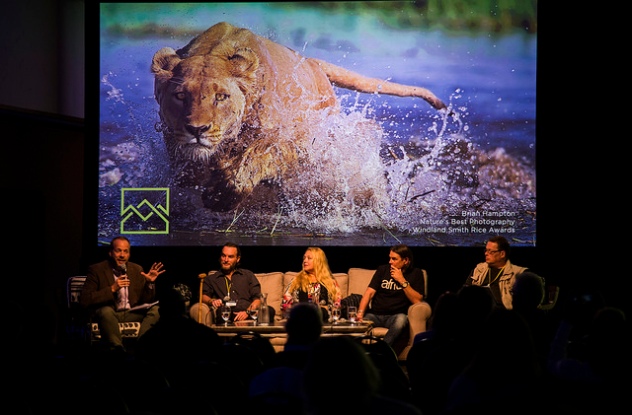 For wildlife and conservation filmmakers this was an extremely important event and the biggest competition to date for the festival, almost 600 films were entered, with awards given out to films in various categories. During the week selected screenings took place throughout the day followed by filmmaker Q&A and, one of my highlights at the end of the festival included the premier screening, which played to standing room only, of Bob Poole’s new film Man Among Cheetah’s for Nat Geo Wild.

Throw back to the premier screening of @bobpoolefilms Man Among Cheetahs last week so fortunate to have had a chance to see this amazing film, meet Bob & chat with @ginapooleidaho who was kind enough to take this photo. It was totally worth getting up early for! . . Man Among Cheetahs will air on @natgeowild during #bigcatweek in December keep your eyes out for it you do not want to miss it! . . #throwbackthursday #tbt #bobpoole #natgeowild #cheetahs #catfilm #savecheetahs #endangeredspecies #jacksonhole #jacksonhole17 #catsummit #wildcats #bigcatsofinstagram #jacksonholewild

It was an exciting week where I learned a lot and met some fascinating people all who have important insights on wild cats and their conservation. In upcoming posts I will be  sharing more on some of the people behind the scenes as well as the projects and research they are currently working on.