Many of the big cats are known for climbing trees to escape the heat, flies, to watch for prey or to escape other predators. It is not uncommon to see them taking to heights and, in Africa leopards are commonly seen hanging out in tall trees. Although lions have been known to do the same in certain places they are not exactly designed for tree climbing and come across a little more awkward compared to the fluid and graceful leopard who is naturally at home in the heights where they will stash kills, eat and happily sleep. 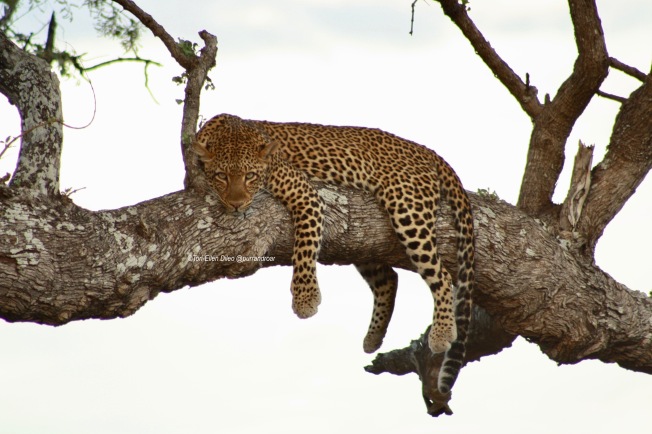 During my trip to Africa last year I was fortunate to have many wonderful leopard sightings both on the ground and up high, in fact over a few days all I had to do was look up to see these dappled beauties looking down at me. Of course, that’s when they weren’t busy enjoying a siesta or post-meal nap. 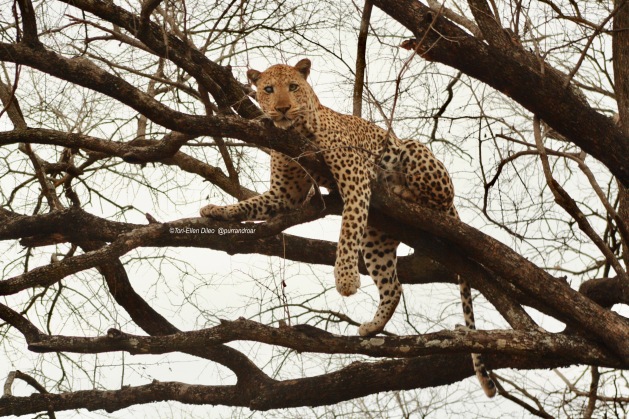 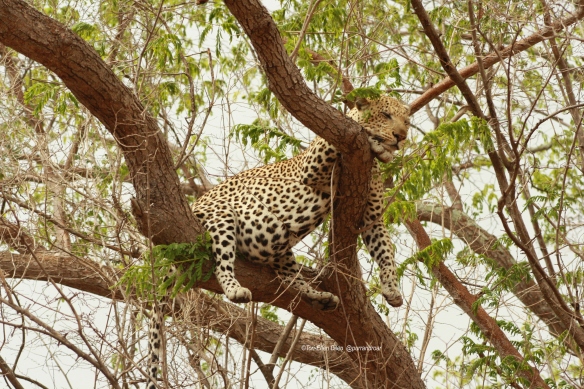 While leopards are able to climb some very tall trees you might be surprised to know that at least one had made it all the way to the top of Africa’s highest mountain to take in a view that perhaps no other has. In 1926 on Tanzania’s Mount Kilimanjaro, a frozen leopard carcass was found along the volcanoes crater rim by Pastor Richard Reusch, a Missionary for the Lutheran Church. The Pastor was supposedly the first to discover the leopard which would later inspire, and be immortalized in, Hemingway’s book The Snows of Kilimanjaro. The Pastor made sure to get proof of his find and cut off an ear as souvenir on a subsequent climb the following year, afterwards the leopards remains were reported to have mysteriously disappeared. No reason was given as to why the leopard would have been that high, approximately 18,500 feet (or 5638.8 meters), close to the western summit at a place that would be christened Leopard point, but Pastor Reusch had hypothesized that the cat had been chasing a goat since he also found the remains of one not far from where the leopard lay. Since there were no remains and no radiocarbon dating, the leopards age along with length of time it remained locked in the once famous snows of Kilimanjaro will also remain a mystery.

Interestingly, there is a reference that notes the first report of a leopard carcass on Kilimanjaro was in 1889 by a German Geologist and Geographer named Hans Meyer who had seen one not far from where Reusch would later spot his. Among some of the theories included the possibility that the leopard could have come from the Kilimanjaro Mountain  Forest Reserve and took a wrong turn, or that the leopard was pursued up to high elevations by local hunters as Meyer had seen a hunting camp nearby. Officially though, nothing has ever been confirmed and to this day there has been no explanation for either Meyer’s or Reusch’s leopard. 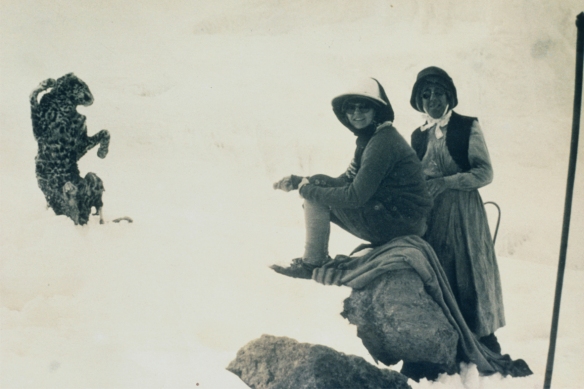 It does seems that leopards had an affinity for the mountains and in 1997 another leopard carcass was discovered on Africa’s second highest mountain, near Tyndall Glacier, Mount Kenya. In this case there were remains, although very decomposed, which turned out to be enough for radiocarbon dating placing the animal at about 900 years old.

There are opportunities to see wildlife during the early stages of a Kilimanjaro climb at lower elevations, but those still hoping to spot a leopard on higher slopes shouldn’t hold their breath. The high altitudes that are reached during climbs are not ones that most wild animals can survive at and if there are any, most will do their best to steer clear of humans.

If you are set on a chance to glimpse a leopard in high places it is probably best to keep your eyes on the trees and maybe, you will be lucky enough to have one of these beautiful cats reveal themselves and all their spotted splendor.

3 thoughts on “Leopards in High Places”