I recently had the pleasure of going to see award-winning photographer Steve Winter speak at a National Geographic Live Lecture series here in Toronto. If you are not familiar with his name, it is very likely you have seen his work including the images of Snow Leopards that won him the 2008 BBC Wildlife Photographer of the Year award. 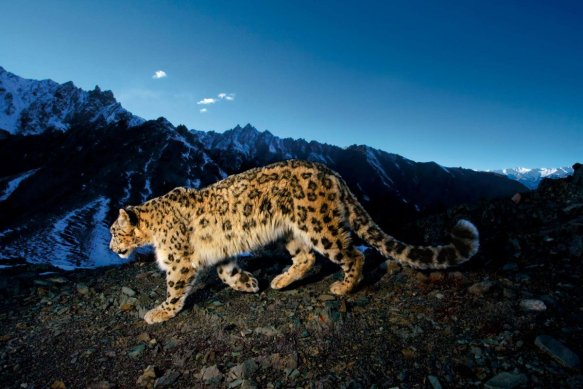 I remember seeing these photos in Nat Geo and being utterly mesmerized by these intriguing cats and, hearing Steve Winter speak about the story behind the photos really brought them to life. Snow Leopards not fond of human company, made them the perfect candidates for use of strategically placed camera traps which helped produce these magical portraits.

Steve Winter’s “mission is to share the beauty of big cats while reinvigorating efforts to save them.” From trekking in India for Snow Leopards to working his way through the jungles of South America in search of Jaguar, he manages to captures the big cats in an unobtrusive way. For me it shows a respect for and love of the subject, as well as a commitment to helping preserve them by encouraging others to see a unique animal and story in each photo.

The jaguar (Panthera onca) also called el tigre, is the largest cat in the Western Hemisphere and the third largest in the world, after the tiger and lion. –  Photo Steve Winter

One of my personal favorite photos is of the famous Hollywood Hills Cougar also know as P-22 that was published in the December 2013 issue of National Geographic.

Automatic cameras were set up for a year in the hills of Griffith Park to capture images of the elusive P22, the “ghost cat” that is the area’s only known cougar (Puma concolor) – Photo Steve Winter

“Think of it: A large carnivore that must kill to eat is meeting its nutritional needs in the heart of greater L.A., all the while avoiding attention better than a camera-shy celebrity. How does he do it? By moving with a whisper-soft tread mostly in the twilight and at night, sticking close to thick cover, zealously guarding his privacy in a metropolis renowned as the gateway to fame.”

P-22’s notoriety did not end there however, in March of this year National Park Services noticed his mangy appearance when they captured him to replace the battery in his GPS collar.

P22 was found to be suffering from mange and tested positive to exposure to rodenticides, commonly known as rat poison  – (photo National Park Service)

An update in May later showed the treatments P22 had received seemed to be working, many including myself breathing a sigh of relief. Steve Winter’s Hollywood Hills Cougar captured the attention of people worldwide and in doing so the photo created a deeper connection with this beautiful animal, one that would remain strong long after the cats 15 minutes of fame had ended. It would also be a vehicle to help highlight the cougars plight and just how deadly commonly used rat poison is to wildlife in general.

Finally, If you are a fan of Tigers, I highly recommend picking up yourself a copy of Steve Winter’s Tigers Forever book, his decade-long project to document the world’s shrinking but resilient tiger species. It is full of exquisite photographs and information, some of which you will see and hear about if you attend his lecture. 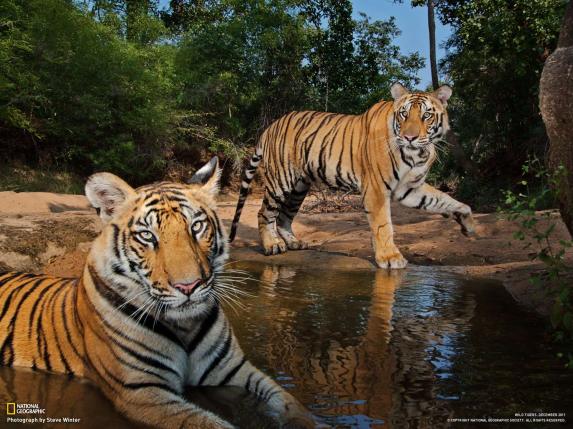 “By saving the world’s top predators, we save huge forests, rivers, wildlife, and ultimately, our planet.” Quote and Photo – Steve Winter

“On the Trail of Big Cats: Tigers, Cougars, and Snow Leopards” with Photographer Steve Winter lecture series continues in 2015 and if you get a chance to see it in your city don’t miss it.