Making Rounds with Oscar The Extraordinary Gift of an Ordinary Cat is a book by Dr. David Dosa, a geriatrician who works with dementia patients at Steere Nursing Home in Rhode Island where a cat named Oscar resides and became known for his unique abilities to predict the death of a patient. 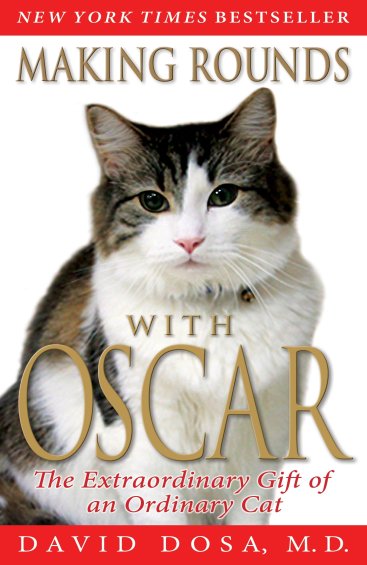 Before Dr. Dosa wrote this book he had written an essay on Oscar that was published in the New England Journal of Medicine. After a huge amount of public interest and media blitz, I remember reading about Oscar in People Magazine, Dr. Dosa decided to write a book about his experiences working with the intuitive Brown and White Tabby. 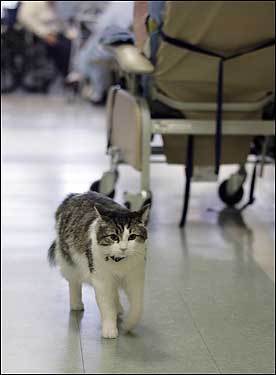 Dr. Dosa and the staff at the nursing home realize that Oscar is not just randomly picking patients to visit, but has a clear motive.

The book chronicles the experiences of patients at the nursing home and the interactions they have with Oscar, who foretells their passing with a visit. While the idea of death is not a happy one, the story is very uplifting and positive in its message which is made clear as you read. Some patients and families embraced the comfort that Oscar brought to them in their final hours or days, and some wanted him shut out of the room. Oscar wasn’t right every time, but his presence was a predictor of death so many times that the media created headlines like “If Oscar’s in your bed, you’re dead!”

The story demonstrates the benefit of animal companionship to elderly people and how animals are aware of much more than we give them credit for. A biological explanations is offered as to how a cat could know someone is dying, that Oscar is simply able to detect the chemical compounds given off by the body as an odor as cells die.

While a cats sense of smell is amazing I also feel they poses a different level of awareness and like most animals, are in touch with abilities that humans have long-lost or pushed aside. In this case I see Oscar providing patients with his own brand of treatment one that included comfort, compassion with his presence and a purr. 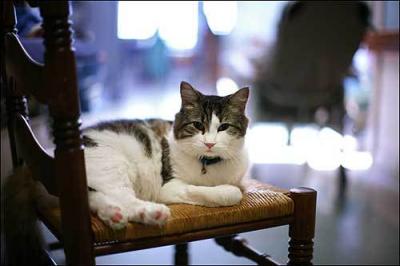 Making Rounds with Oscar is a lovely book and is on my Favorite Cat Themed Books List. You can also see an interview here highlighting Oscar at work.