When a black and white stray cat turned up in a southwest Edmonton neighborhood, concerned residents quickly called the local cat rescue and TNR group Little Cats Lost. Pauly, as he would be later named, was a stray cat with a very unique feature. 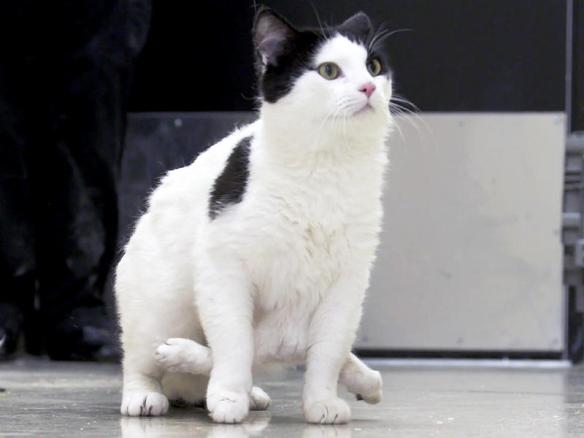 Pauly, who was estimated to be about seven years old, was discovered to have six legs, two of which were attached to his sternum. Little Cats Lost realized that he would need them removed and ran a fundraising campaign to pay for his surgery at Oxford Animal Hospital where he would be treated. The fundraiser, which raised nearly $4,500, more than double its $2,000 goal, covered the costs of two surgeries for Pauly and was helped by a donation from Edmonton’s International Cat Festival. 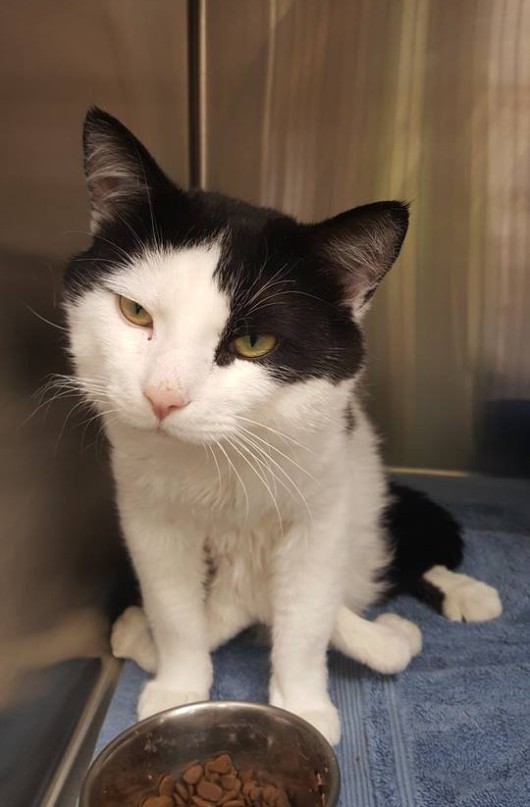 Dr. Tamer Mahmoud, owner and veterinarian of the clinic, examined Pauly and said his condition was very rare and that there were likely two kittens in utero, and Pauly had absorbed the other one. 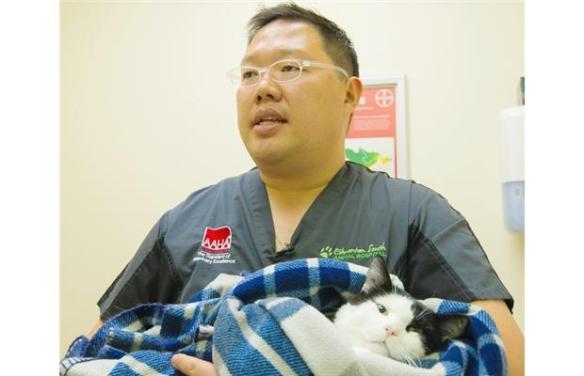 The surgery  lasted about 90 minutes and was performed by veterinarian Ignacio Tan. -Image  Edmonton Journal

Besides his extra legs Pauly also had hip dysplasia and what looked to be an extra kidney. The ‘kidney’ actually turned out to be another pair of testicles. Dr. Ignacio Tan did a lot of research and consulted specialists prior to performing the straightforward procedure which was made easier due to the fact the legs weren’t connected to other organs. 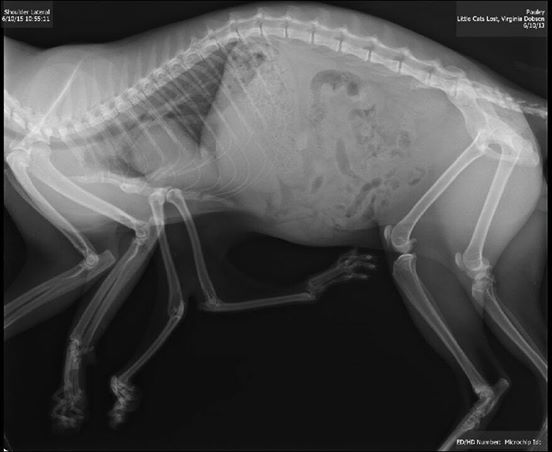 Video of Pauly can be seen here

Pauly underwent the surgery at the end of August and is currently in a foster home where he is reported to be making progress and taking it easy. He has gone through quit an ordeal living that long with his impairment and being abandoned on the streets. Once he is fully recovered and rehabilitated he will be ready for adoption.

For more on Pauly, and to check out his progress, be sure to head over to Pauly’s Journey on Facebook.