While volunteering in South Africa many years back I had the chance encounter to hear Chris Mercer of the Campaign Against Canned Hunting speak. I was aware of Trophy Hunting, but what Chris spoke about was almost to terrible to be real, it was the dark world of Canned Hunting.

A huge part of the industry is where the volunteers come in. Lions are bred, the cubs taken from their mothers and sent to facilities where volunteers pay to bottle feed, pet, play and interact with them. For some, an opportunity to do all of the above under the guise of volunteering and conservation may be tempting, however what most don’t realize is once the cubs are too big for volunteers they end up in canned hunting facilities. 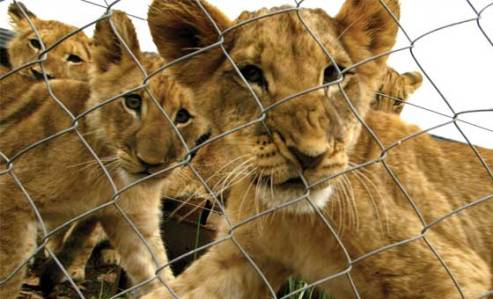 The end result for these cubs is ultimately death, at the hands of hunters. Volunteers play a key role in the fate of these animals.

Facebook group Volunteers in Africa Beware has formed to expose the places and organizations that support canned hunting and Lion breeding facilities. It is an excellent resource for anyone who is thinking of volunteering with animals in South Africa. They have compiled a list what to ask and do before you commit to a placement.

QUESTIONS TO ASK BEFORE VOLUNTEERING
– Do they have cubs regularly?
– Are volunteers allowed to pet and raise the cubs?
– Where is the cub’s mother?
– Why is the cub not being raised by its mother?
– What happens to the cubs when they grow up?
– Do they keep all the animals and cubs forever?
– Do they sell or trade lions? If so, with whom?
– Do they release animals back into the wild? If so, ask for proof that shows when and where these releases have happened and that they follow an ethical release process. (Note, lions are never released back into the wild!)
– Do they allow interaction between the animals and the public/volunteers? Why?
– Are they part of a breeding program? For what purpose?
– If they breed tigers, are they part of the International Tiger Stud books? Ask to see proof.
– What happens to the animals they can’t keep?
– How is the project contributing towards education and conservation?
– Are they a not for profit organization? If so, ask for their NPO number!

TIPS TO REMEMBER
– Captive-bred lions serve absolutely no conservation purpose. So do not believe it if you are told they are breeding to safe-guard the future of wild lions or to ensure good genetics. It’s simply not true.
– NO genuine conservation project allows cub petting or walking with lions or swimming with tigers. EVER!
– No genuine conservation project breeds captive lions. Their lions are on contraception or de-sexed to prevent breeding. There are already too many captive-bred lions!
– Do not believe it if they tell you lions are being released back into the wild. They are not. Ever.
– Just because it is called a “sanctuary” or “rehabilitation centre” or “reserve” does not mean they actually are these things. Sanctuaries keep all their animals forever. Rehabilitation centres rescue injured animals and release them back into the wild. And reserve doesn’t mean much… There are hunting “reserves” out there too…
– Many unethical projects hide behind “research”. Ask what exactly is this research? Which institutions support this research? Ask to see recent published articles and findings from the research. Most of them will not be able to provide this. Be very careful of lion breeders using research as a defense!
– There are lots of tiger breeding facilities in South Africa. Almost none of them are using genuine pure-bred tigers which means those tigers serve no conservation purpose. Only pure-bred tigers are listed in the International Tiger Studbooks and are part of official tiger breeding programs.
– If they say they trade with other reserves, sell to reserves only or only to “people with valid permits”. Ask which reserves. Do the animals stay at these reserves forever or are they traded on again from there? Remember many of these places sell to the canned hunting industry and the canned hunters and buyers have “valid legal permits”. So don’t be fooled by this. It’s a way breeders mask that their lions are sold to hunters because they don’t sell directly to them. Rather they sell to someone else and then that place might sell to hunting outfits. Ask for specific details!
– Lion breeders do not want you to know the truth: the vast majority of those cubs and lions end up as hunting trophies and they breed those cubs so volunteers will pay to raise them. Their bottom line is profit, not conservation. They will lie or ignore questions they don’t like you asking and they are very good at this! 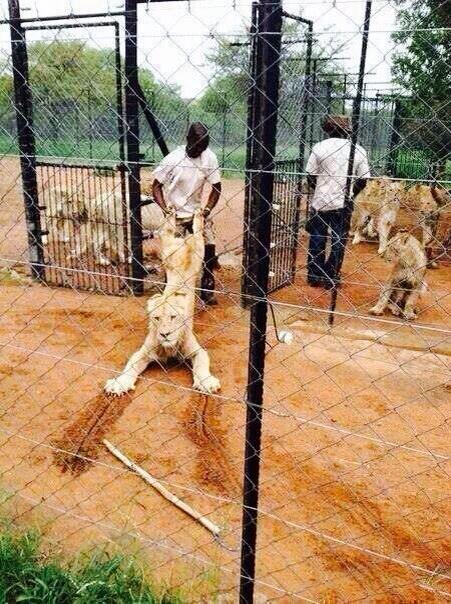 ASK QUESTIONS, DO RESEARCH and COMPARE PROJECTS BEFORE YOU GO! And if you are still in doubt, check the good, bad and ugly list of projects or contact them.