Last week I had my first Virtual Reality/360 experience appropriately called Living With Jaguars. It was an immersive presentation produced by VICES’s Motherboard that took the participant into the heart of the Brazilian Pantanal where jaguar densities are the highest in the world. 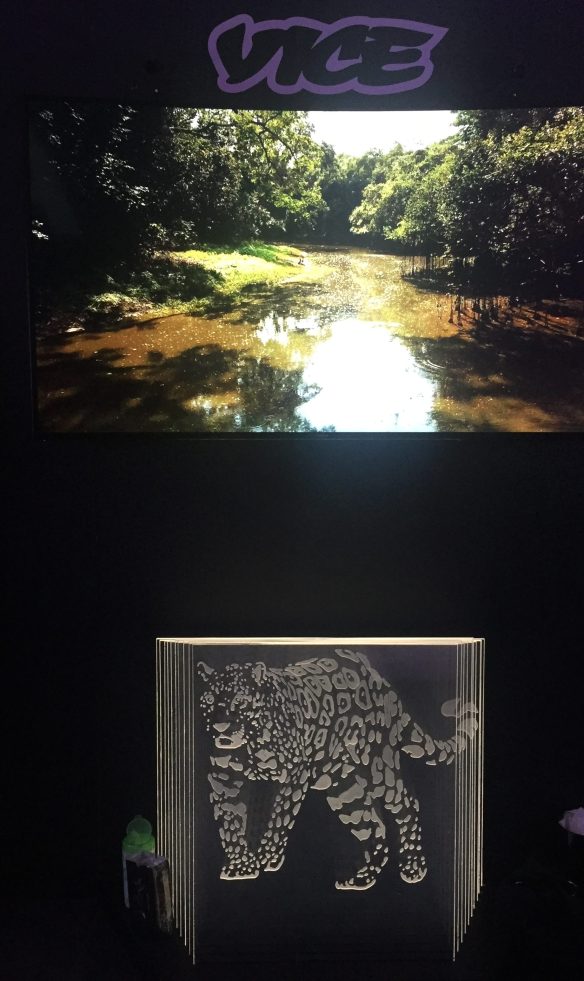 Putting on the VR headset for the first time was a really odd sensation and I have to admit there were moments where I actually felt as if I was moving, this odd feeling was quickly overcome as I was whisked into the heart of jaguar territory. Overall I will say it was a really cool experience and my favorite part was the moment when a jaguar appears to walk right up to you.

“Through cutting-edge 3D scanning and photogrammetry techniques, Living With Jaguars creates an environment that allows you to explore first-hand the deeply connected worlds of jaguars, ranchers, conservation researchers, and ecotourism operators.”

Jaguars, like other big cats, are facing immense pressure from people, livestock, habitat loss, development and persecution. Living With Jaguars highlights Panthera’s Pantanal Jaguar Project which aims to save jaguars in the Brazilian Pantanal while their Jaguar Corridor Initiative is helping to create on the world’s largest and intact jaguar corridors. Panthera is working with a variety of stakeholders, both public and private, including cattle ranchers and ecotourism operators with the goal of creating connectivity for jaguars, which is vital for ensuring gene flow and ultimately survival of the species. The two main goals are to protect main jaguar populations and help them navigate safely through human dominated areas over their entire six million km2 range.

Living With Jaguars can be watched below in 360 at home, even if you don’t have a cardboard VR headset, using Google Chrome or Firefox.

More on the film and Panthera’s Jaguar corridor project can be read here.