House panthers and tiny tigers, these are some of the names we give to our beloved house cats. The domestic cat has retained a close relation to their wild relatives and so much so that we often find ourselves drawn to breeds that exhibit the physical characteristics of the larger wildcats and, once such breed, the Maine Coon, comes as close as you can get to having a Lynx in your home

They are considered to be one of the oldest natural breeds in North America and are the official Maine ‘State Cat’. Their origins range from the mythical and ridiculous (domestic cats mating with raccoons) to the more plausible, they resulted from matings between long-haired type cats sent over by Marie Antoinette, or the Vikings. The Maine Coon is closest to, and resembles the Norwegian Forest Cat, which gives some credence to the idea that the Vikings may have been the ones to introduce the breed. Even if their origins are up for debate what we can agree on is that they are stunningly beautiful, fantastical little beasts. 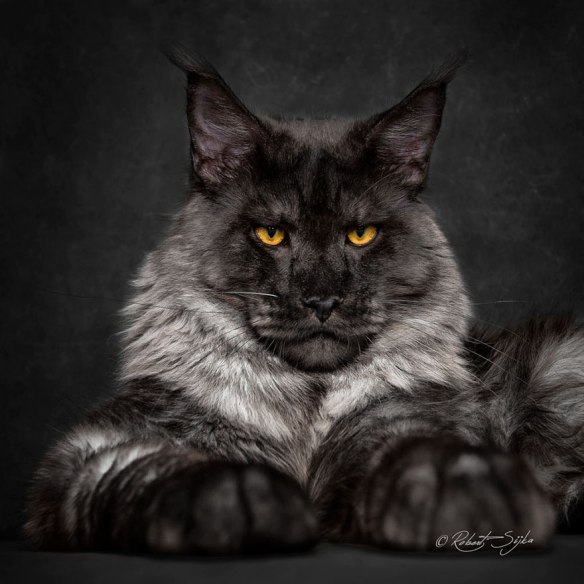 Photographer, and breeder, Robert Sijka has had a long time passion for Maine Coons and has combined that passion to capture the very essence of what makes these cats so appealing. Robert’s use of a black background, to photograph his two beautiful black cats named Dolce Vita and De La Loo, helped him create his signature style that showcases the breed in an elegant and almost otherworldly manner.

Robert tells the Cat Behaviorist that the two black sisters, Dolce Vita and De La Loo are his personal favorites (he loves black cats) and are always up for a photo shoot. 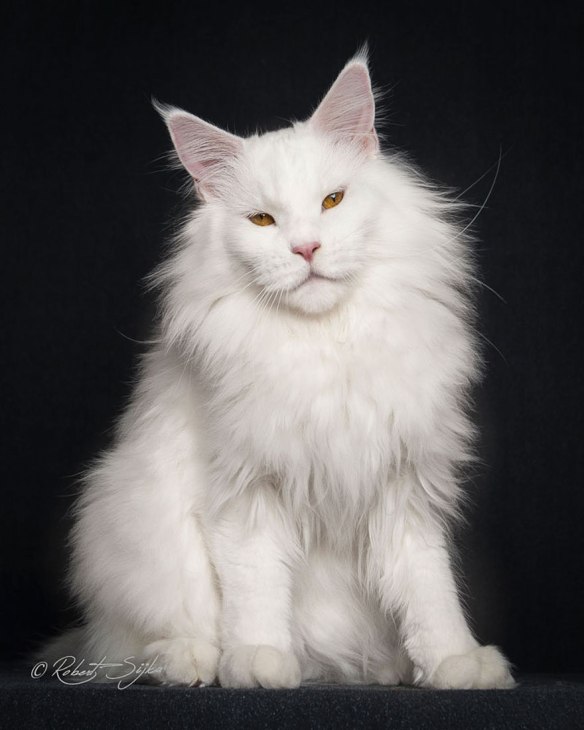 Robert also says that it took some experimentation to come up with his signature style, about several thousand photos worth, and playing with the cats before hand is key to capturing their wonderful expression.

For more of Robert’s photos be sure to check him out on Instagram and Facebook as Felis Gallery.