Last night I attended the Just for cats Film Festival, which for the second year was playing to sold out crowds. The film fest was presented by Temptations, and Co-presented with the Canadian Federation of Humane Societies (CFHS) which works to raise the status of cats and improve cat welfare in Canada.

Before the screening the Toronto Humane Society hosted a red carpet cat adoption event and the special guest this year was deadmau5. For those who don’t know, the man behind the mouse Joel Zimmerman, is a Canadian native and also a long time cat lover with two rescue cats named Miss Nyancat and Professor Meowingtons. 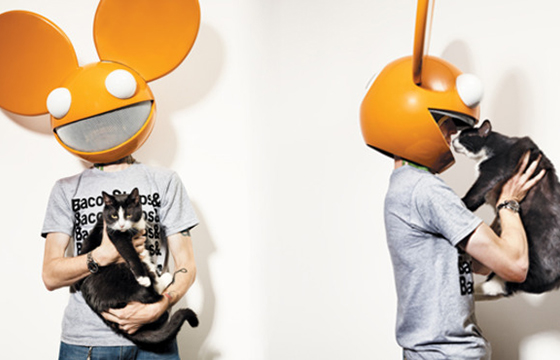 This year boasted 65 minutes of new cat videos and even though I had already seen some, watching them together with other cat lovers on the big screen made it feel like the first time. One of my favorites from the musical category is the video Dreams Are Real. Time travel. Space Exploration. Violence. Drama. Love. Cats. Dreams.

CFHS has also launched Cats & Bros – Real Men Love Cats Campaign to help educate the public that for as little as a $1.00 they can save the life of a cat. Men are asked to enter their favorite photo celebrating their relationship with their cat for a chance win one of 13 coveted spots in the 2016 CFHS Cats & Bros Calendar.

“Right now, cats are facing an overpopulation crisis in Canada. This crisis leads to an estimated 600,000 cats that are homeless or languishing in shelters each year. Many may never make it out of the shelter due to illness and are facing being euthanized.” 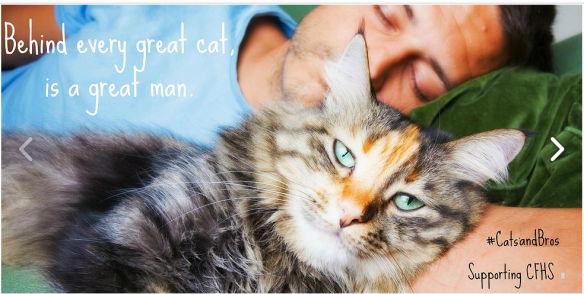 Cast your vote for your favorite cat man!

A little fun at the Temptations Photo booth before the show

Just for Cats film festival plays across Canada this summer, check here to find a date and location near you.