There is a very good chance that at one time life may have existed on the planet Mars, and there is also the possibility that life consisted of some form of an ancient alien civilization. If you accept the fact that a higher form of life existed, then maybe it’s not a stretch to think that this civilization would have worshiped the cat?

Recent pictures sent back by the Mars Curiosity Rover are having UFO enthusiasts and cat lovers asking if the images of Cat Statues are really that or a natural rock formation. The first photo you can see the structure in the distance, the second photo is the close up that outlines the details. 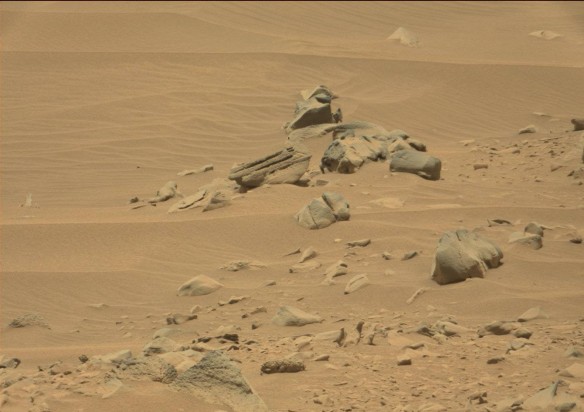 Youtube user UFOvni2012 posted a video of the images and depending on how you see them, they are either a compelling case for the Cat Statue or just a cognitive phenomena called pareidolia.

This reminds me of a real conversation I had with my friend last year about this very topic and after seeing this, maybe I want to believe.

What do you think? Are people seeing what we want to see, or are these images of actual statues from some long-lost alien people who once worshiped the cat?

2 thoughts on “I Want To Believe”