Ocelot Conservation Day was celebrated this past weekend in the U.S. – the purpose of the annual event is to raise awareness, and money, for this very beautiful and highly endangered small wild cat. 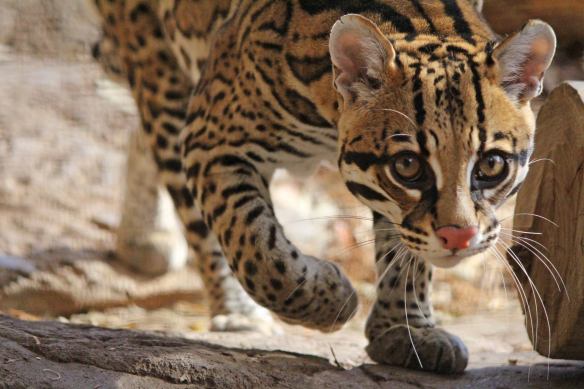 In the U.S. Ocelots are found in South Texas, the few surviving numbers are concentrated in the shrub-lands at or near the Laguna Atascosa National Wildlife Refuge (LANWR), however a lone male Ocelot was spotted by camera trap in Arizona near the proposed site of the controversial Rosemont Copper mine. 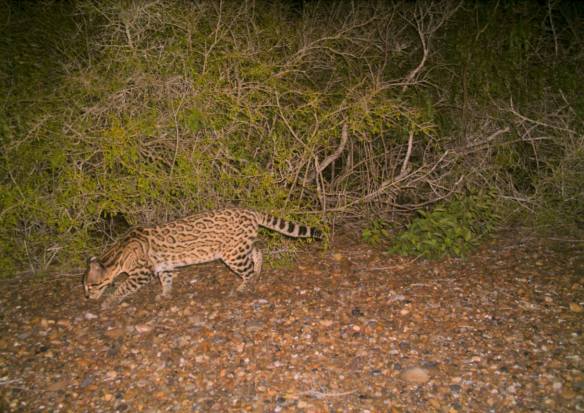 Ocelots can also be found in South America and Central America, Mexico and this year Argentina had its first sighting of the rare cat in 10 years.

Researchers from the National Council for Scientific and Technical Research’s Sub-Tropical Biology Institute confirmed the sighting by chance while monitoring for giant anteaters. Sebastian di Martino, coordinator of Conservation Land Trust’s species-reintroduction program says that he hopes that there are more Ocelots in the area which would enable “the species to reproduce instead of being just the last Ocelot remaining from an extinct population.”

In the past Ocelots were hunted for their fur to make coats and while illegal poaching of the cats can still happen, another major factor contributing to their demise in Argentina, like elsewhere, is habitat destruction. 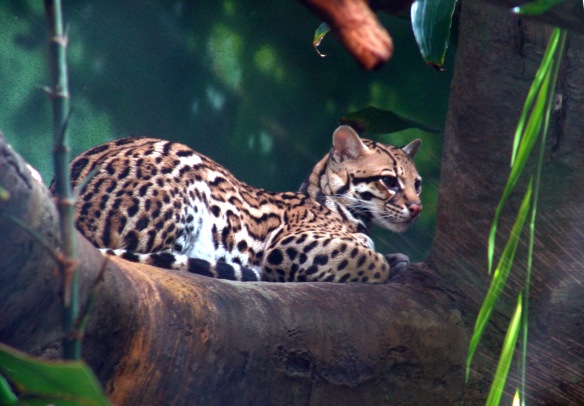 The Caribbean Island of Trinidad, which is thought to have a very small population of Ocelots, is unique in the fact that it offers researchers the chance to study a top predator that isn’t influenced by larger cats like pumas or jaguars. It is hoped that the Ocelot can become “the face of forest conservation on the island – raising awareness and inspiring policies to protect these animals and their habitat.”

If you are interested in volunteering your time to help Ocelots, the EarthWatch Institute offers a unique volunteer experience to help monitor them on the island of Trinidad. With illegal hunting and habitat loss posing a major threat to the species researchers are trying to gather information to help better protect them and the tropical rain forests they inhabit.